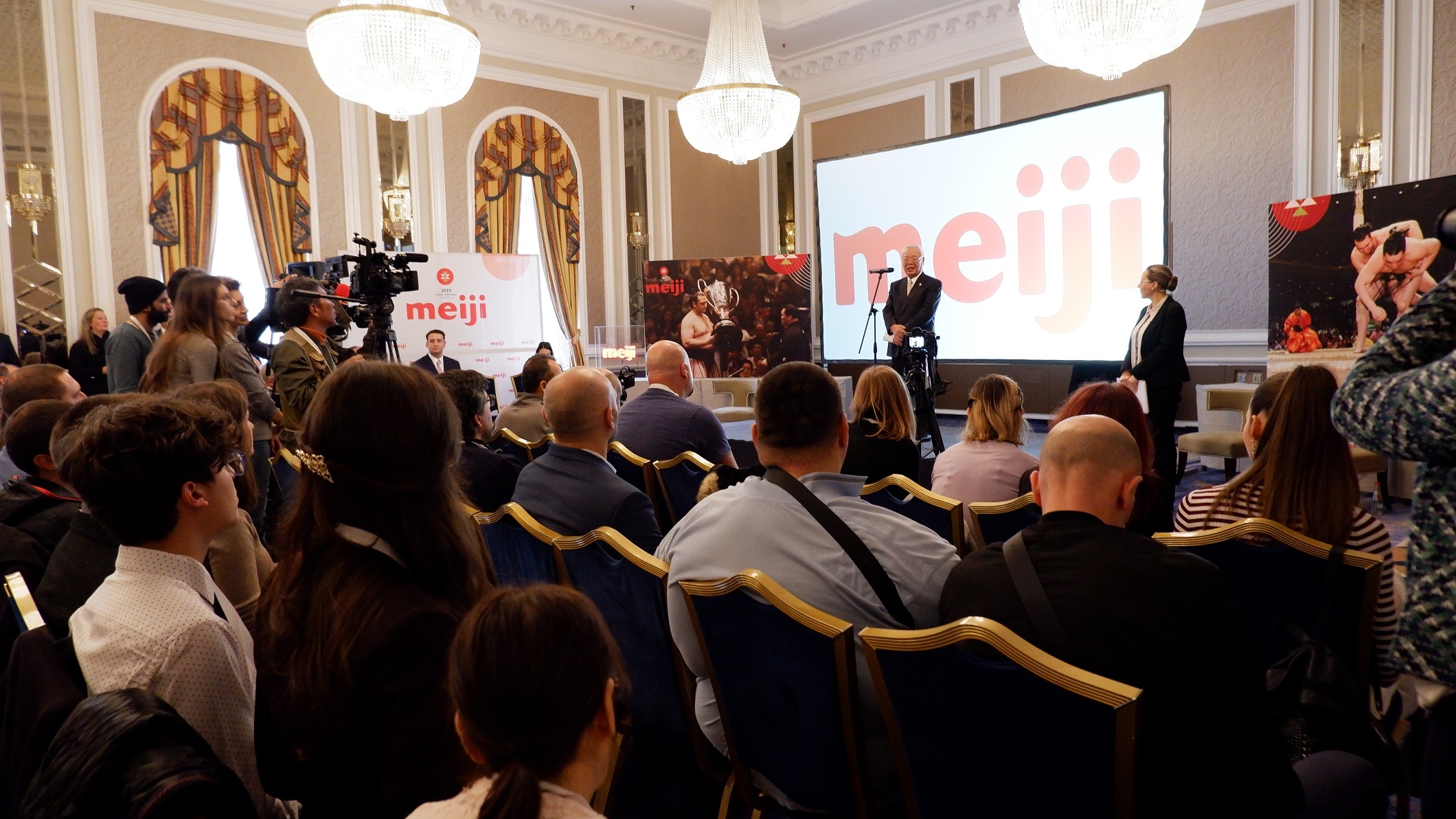 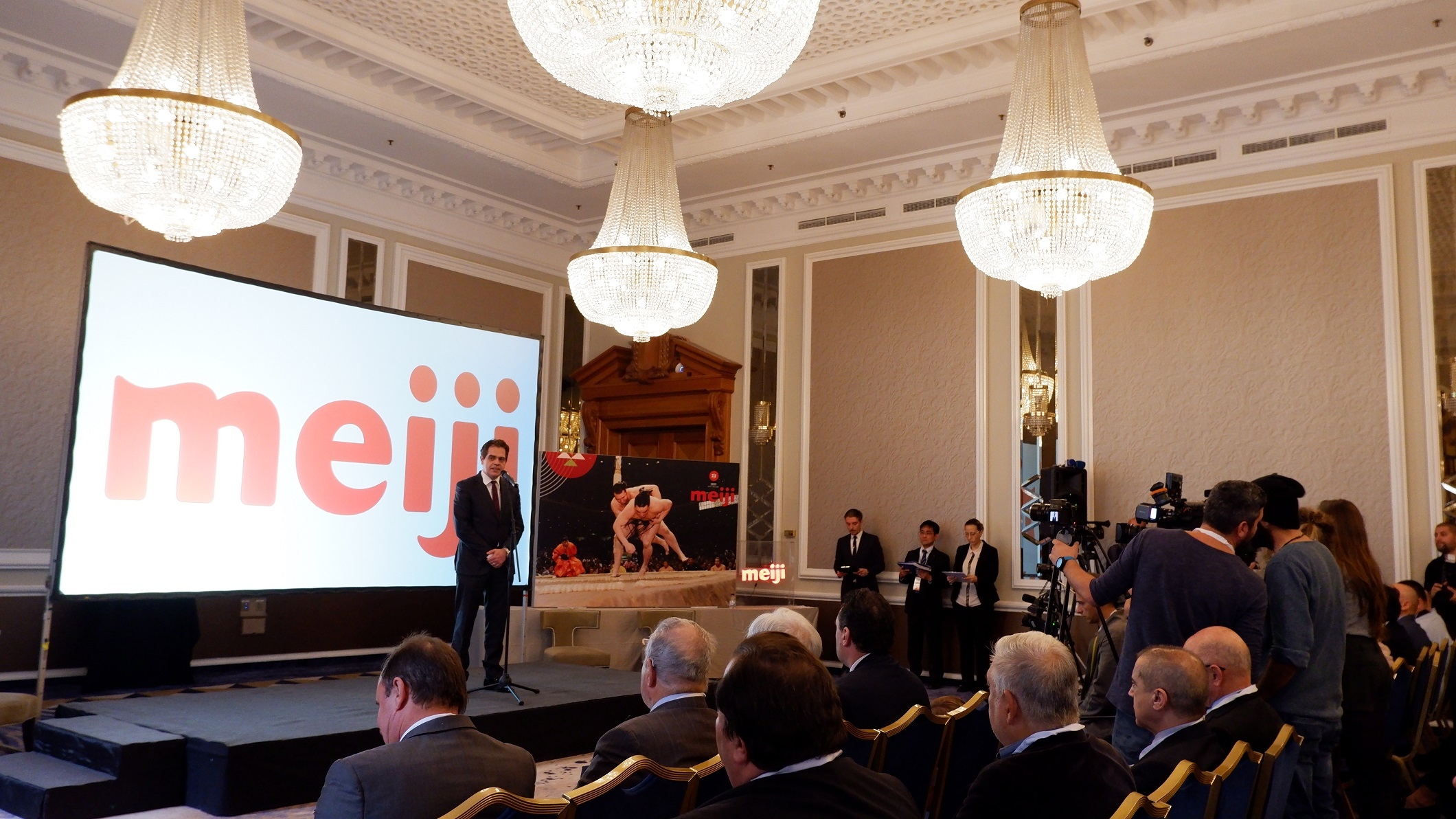 Opening speech by Deputy Minister Borissov
On November 27th, 2019, H.E. Ambassador Watanabe participated in an event featuring the history of exchange and cooperation between the Japanese company Meiji Co. and Bulgaria, based on the production of ‘Meiji Bulgarian Yogurt’.
The event was organised at Sofia Hotel Balkan by Meiji Co. as part of the commemorative events celebrating this year’s triple anniversary in Japan-Bulgaria relations.
One of the opening addresses at the event was delivered by Mr. Lachezar Borissov, Deputy Minister of Economy of the Republic of Bulgaria. A special guest was Bulgarian ex-sumo wrestler Mr. Kaloyan Mahlyanov-Kotooshu, also known as Naruto Oyakata, who has appeared in Meiji Bulgaria Yogurt commercials.
Several presentations delivered during the event highlighted the development of the Meiji Bulgarian Yogurt brand and the broader contribution of Meiji Co. to exchanges between Japan and Bulgaria. A special exhibition represented the historical evolution of the product ‘Meiji Bulgaria Yogurt’.
As part of the event, a Talk Show was held between Naruto Oyakata and Mr. Hisashi Nakayama, Honorary Advisor to Meiji Co. and Honorary Consul of the Republic of Bulgaria to Japan.
In his opening speech during the event, Ambassador Watanabe stressed the fact that Meiji Bulgaria Yogurt can be found in every Japanese home and, along with Naruto Oyakata, has become a symbol of Japan-Bulgaria friendship, which is indicative of the role played by Meiji Co. in the promotion of Bulgaria’s good image in both Japan and the wider Asian region. 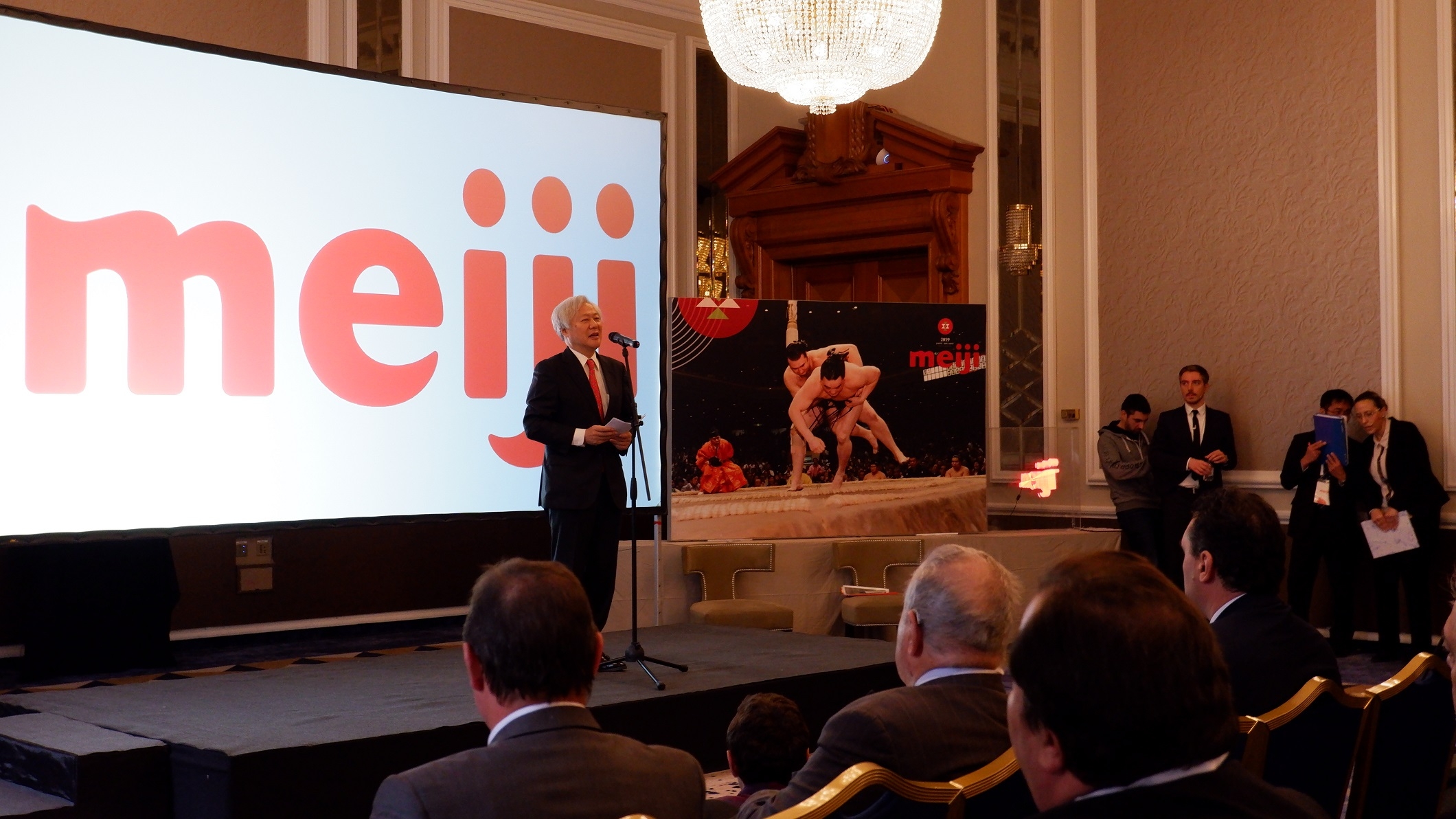 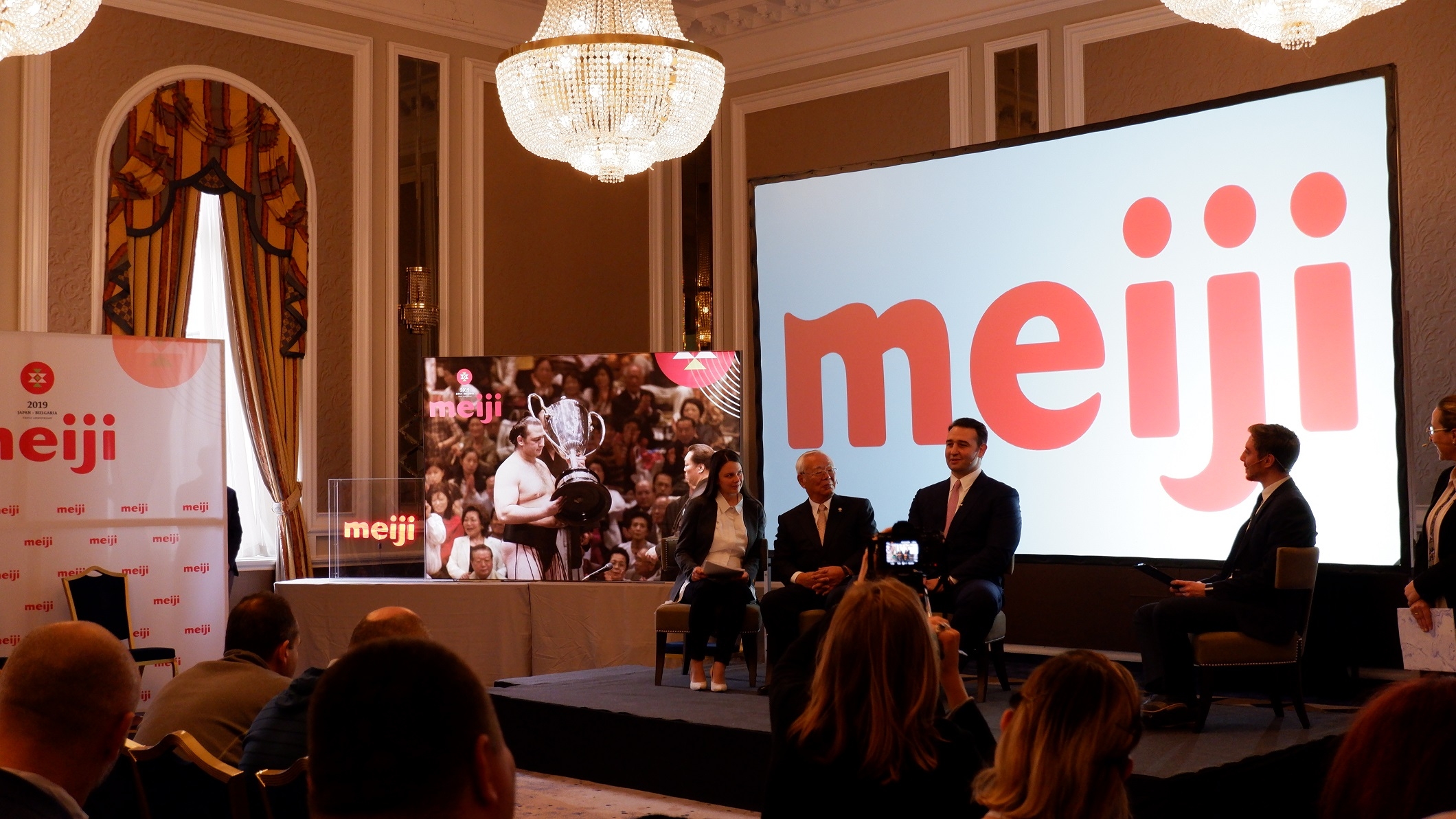 During the Talk Show 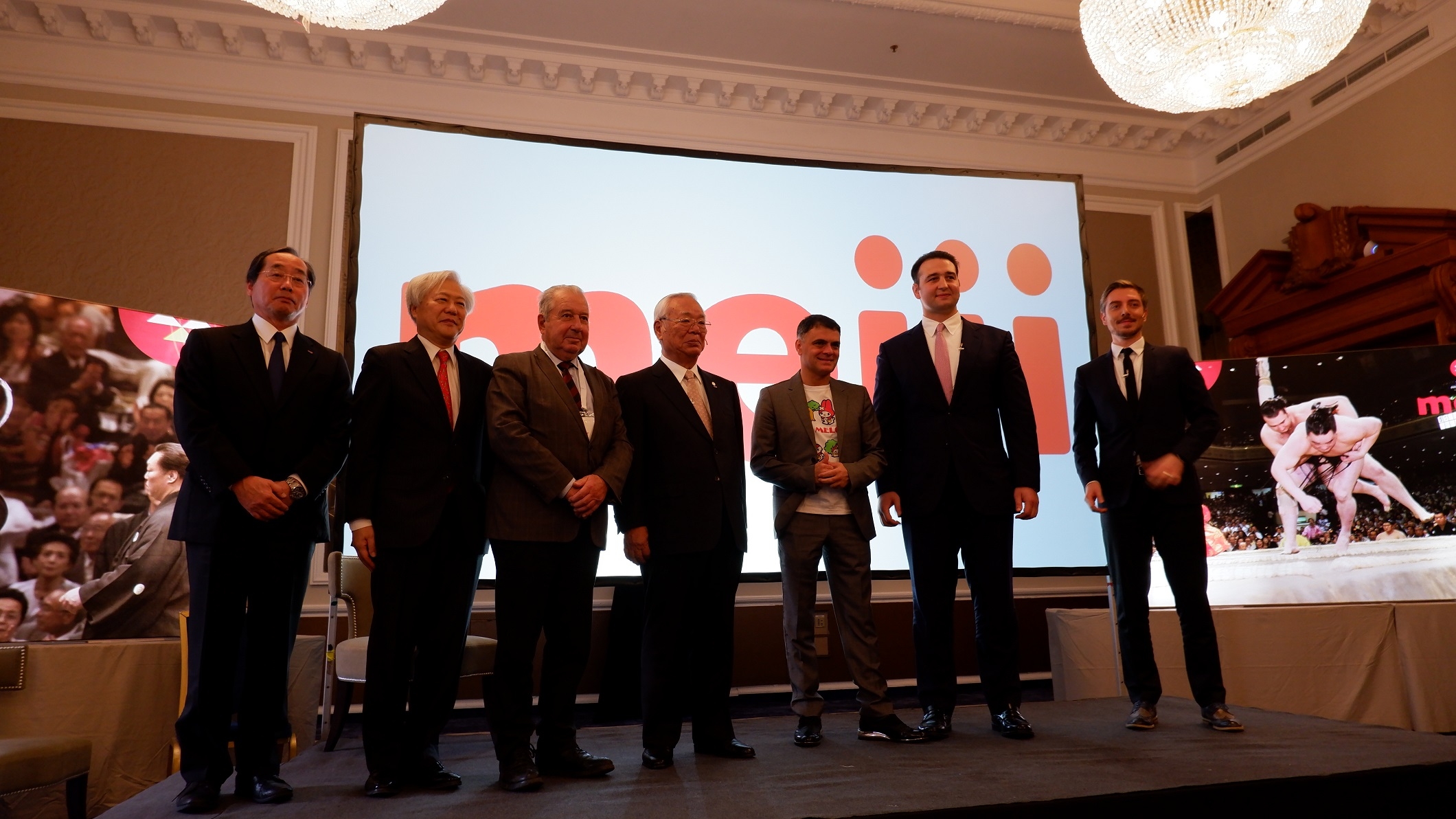 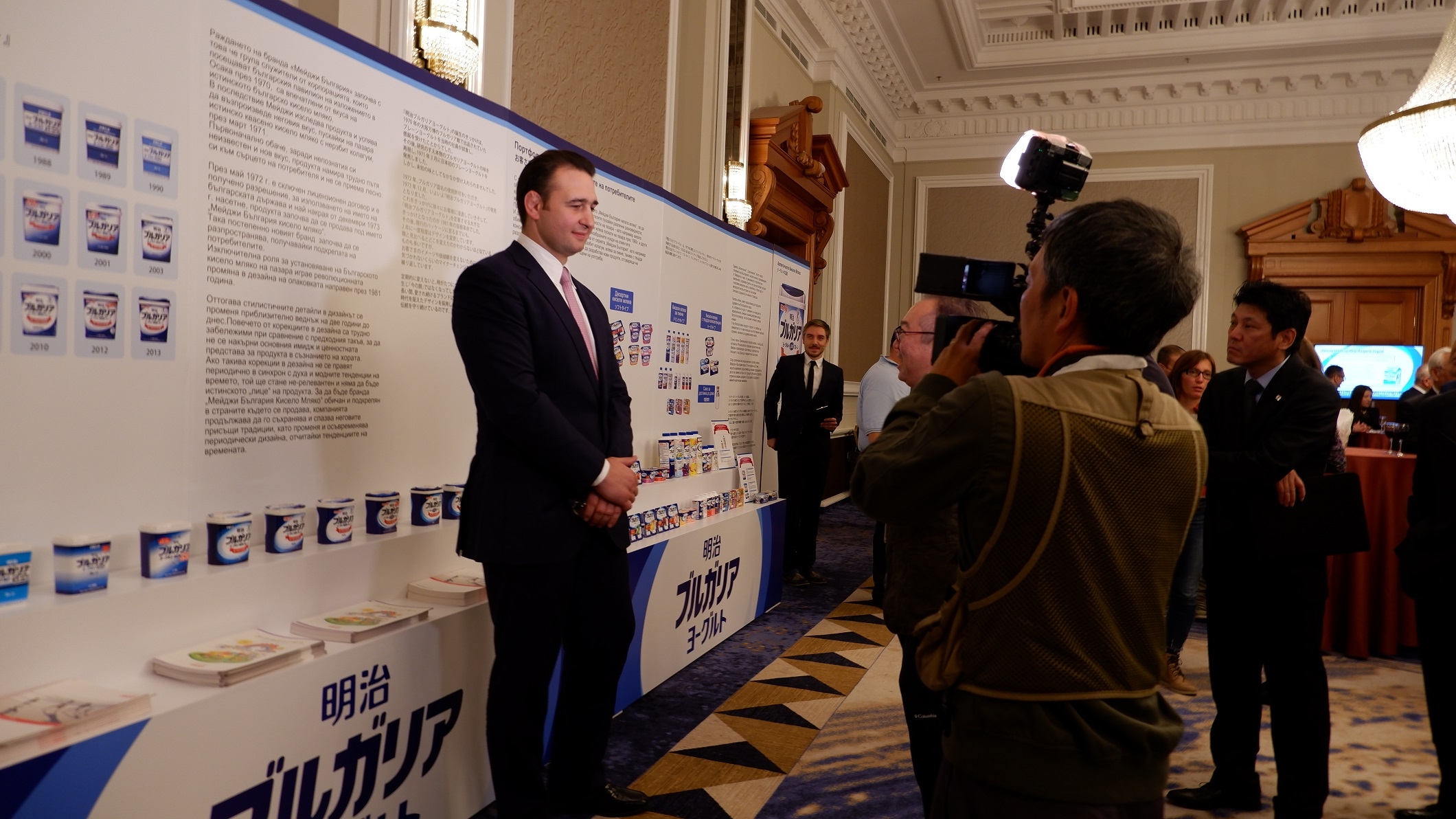