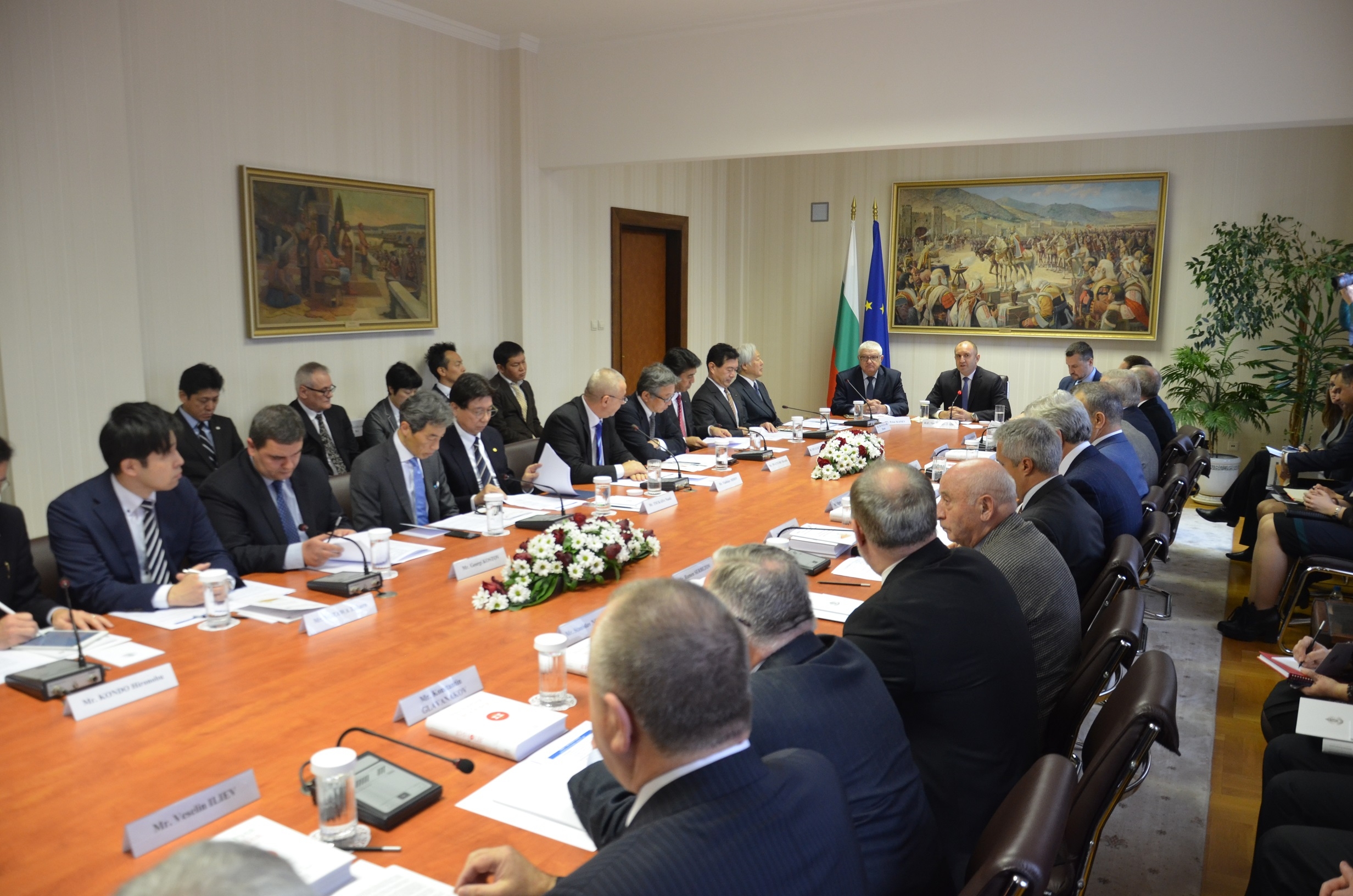 On February 5th, 2020, a Japan-Bulgaria Business Meeting was held at the office of the Bulgarian Head of State.

The meeting was hosted by the President of the Republic of Bulgaria H.E. Mr. Rumen Radev. The Bulgarian Minister of Economy H.E. Mr. Emil Karanikolov participated in the event as a representative of the Bulgarian government, while the Bulgarian National Assembly was represented by the Chairman of the Parliamentary Committee on Economic Policy and Tourism Mr. Petar Kanev.

Representatives of 12 Japanese companies operating in Bulgaria or interested in cooperation with Bulgaria attended the meeting – including SEGA Games, Co., Ltd., and Murata Manufacturing Co., Ltd. – along with a representative of the Japan External Trade Organization (JETRO).

The Japan-Bulgaria Business Meeting took place against the backdrop of a growing Japanese business interest in Bulgaria, which was encouraged by the visit of Prime Minister Abe to Bulgaria in January 2018. The meeting aimed to provide an impetus to the deepening of business relations between the two countries and followed up on Bulgarian President Radev's visit to Japan in October 2019.

At the beginning of the business meeting, the President of the Republic of Bulgaria noted that Japan is a key partner for Bulgaria in the East Asian region, not only in terms of trade volume and economic relations, but most of all in terms of future prospects. President Radev further expressed his expectations for the development of bilateral economic relations in areas such as an economy of high value-added, high technology and innovations.
(For further information, please refer to the home page of the President’s Administration: https://www.president.bg/news5353/prezidentat-satrudnichestvoto-mezhdu-balgariya-i-yaponiya-tryabva-da-postavi-aktsent-varhu-naukata-inovatsiite-i-potentsiala-na-mladite-hora.html )

In his opening remarks, Ambassador Watanabe pointed out that bilateral business relations have a higher potential and a stronger impact than may be inferred from the figures appearing in bilateral statistics. The Ambassador referred to recent Japanese investment projects in the Bulgarian IT and food processing sector. He further expressed his satisfaction at the opportunity to present at the current meeting the concept of launching a Japan-Bulgaria Business Association (JBBA), which is connected to the fact that business relations between the two countries have witnessed a steady development. Later on, details about the concept were unveiled by the Country Manager of JTI Bulgaria Mr. Vladislav Mihov.

During the panel that followed, Mr. Matsubara Kenji, President and COO of SEGA Games, Mr. Iwatsubo Hiroshi, Executive Vice-President of Murata Manufacturing Co, Ltd., and the representatives of all attending Japanese companies and JETRO, explained about their business operations in the country or about how they view the prospects for future cooperation with Bulgaria.

The meeting provided all the participants with an opportunity to exchange concrete ideas about the development of Japan-Bulgaria economic relations in a multitude of fields, including tourism.

At the event, the Bulgarian Academy of Sciences presented a report on the opportunities and potential prospects for Japanese investment in Bulgaria.

Earlier during the day, President Rumen Radev made a tour of the Sofia studio of SEGA Games / Creative Assembly(Sega Black Sea EOOD). He was accompanied by SEGA Games President & COO Mr. Matsubara.
(For further information about the tour, please refer to the home page of the President’s Administration:
https://www.president.bg/photo-gallery5354/prezidentat-se-sreshtna-s-balgarski-spetsialisti-v-ofisa-u-nas-na-yaponska-kompaniya-svetoven-lider-vav-video-industriyata.html ). 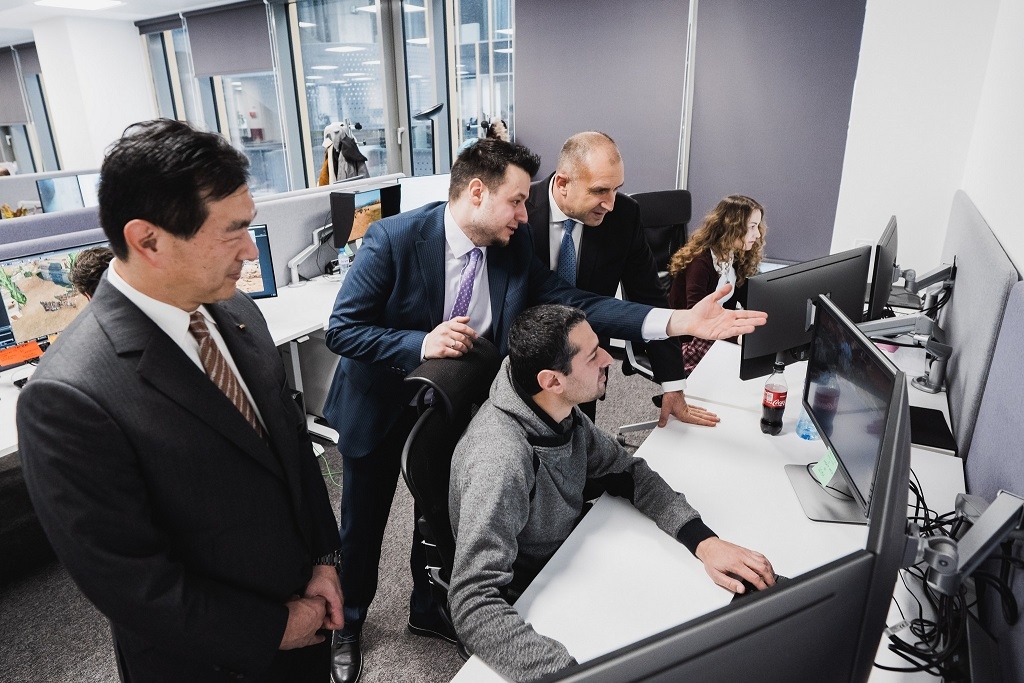