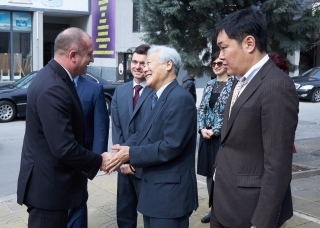 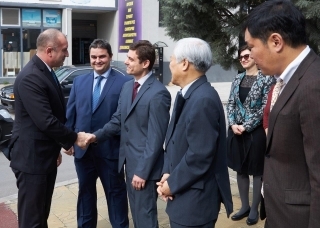 On March 10th, 2020, the Bulgarian Head of State President Rumen Radev visited the Plovdiv-based frozen sushi production plant of Japan Agri Products Europe (JAPE).
JAPE is a joint venture company established in Bulgaria by the Japanese companies of Zen-Noh Foods and Polar Star in partnership with the Bulgarian company of Zunica.
President Radev spent about an hour at the factory. He spoke with JAPE executives, Zen-Noh Foods representatives and Ambassador Watanabe who was accompanying them, observed the process of pressed salmon sushi manufacturing and tried some of the salmon sushi and other products produced at the plant.
JAPE-produced frozen sushi, which is made with Japanese rice, is expanding not only in Bulgaria but also into the markets of other EU countries.
President Radev’s factory tour was aimed at a further deepening of Japan-Bulgaria business ties. It was planned and took place as a follow-up to the Bulgarian Head of State’s visit to Japan last October on the occasion of the Ceremony of the Enthronement of His Majesty the Emperor of Japan, and based on the meetings which the President had during his October visit with Japan’s Prime Minister Shinzo Abe and a Japanese company operating in Bulgaria.

The official news release from the President’s Administration can be accessed here:
https://www.president.bg/news5419/prezidentat-poseti-kompanii-utvarzhdavashti-pozitsiite-na-balgariya-na-obshtiya-evropeyski-pazar.html 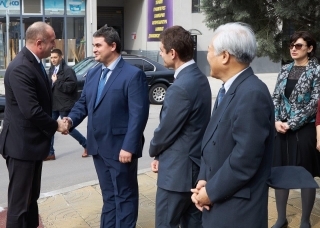 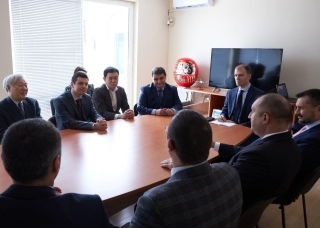 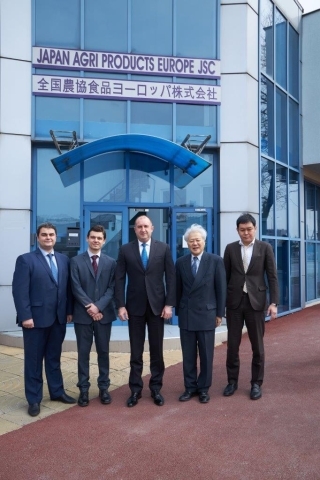